HomeArticlesInvest in a classic Car, Which Porsche to choose

Collectors cars always dream car enthusiasts. And investing your savings in a car that has the odds can prove to be a good investment. So here are some models of Porsche for which it may be wise to break his piggy bank.

his was the first car produced by the famous German brand. Designed by Ferry Porsche based on a ladybug and designed by Erwin Komenda, it was built from 1948 to 1965.

Initially, this model was offered in coupé and cabriolet and then, at the end of 1954, in Speedster to match the needs of the US market.

Experts estimate that currently less than half of the 76,000 models produced would remain, making it a very attractive model for an investment. Indeed, its rating is very high. 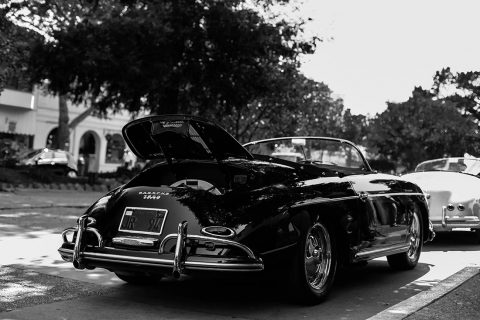 Here is an amazing photograph of a 356 Porsche taken in the streets of Carmel, California. This one was taken by Cars and Roses. You may configure the image here: http://www.carsandroses.com/shop/porsche-356-print/

The Porsche 911 is THE mythical model of the German brand. The first-generation 911 was launched in 1964 and was the first fully developed and built by the Stuttgart plant.

Nearly 50 years later, this model is still produced: there are about fifteen different models, all of which have contributed to the prestige of the brand. For the record, this model should have been called Porsche 901, it was the name displayed on the model at the Frankfurt Motor Show in 1963.

However, the French brand Peugeot had Already filed the exclusivity of three-digit car model names with the 0 in the middle. Faced with that, Porsche decides to replace the 0 by a 1: the Porsche 911 was born! 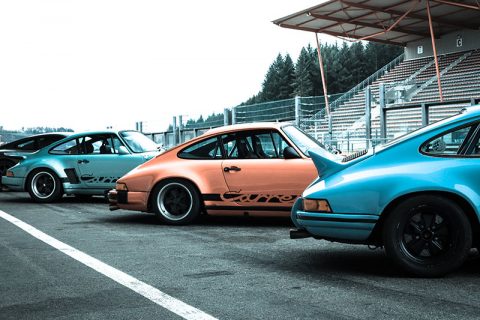 Here is a photograph of a raw of Porsche. You may configure this one here: http://www.carsandroses.com/shop/interior-decoration-porsche-photograph/

The success of this model has never been denied. Since its launch, car enthusiasts have always bet on the Porsche 911. That’s why today it is one of the top rated Porsche models.

This model of Porsche (presented at the Frankfurt Motor Show in 1981) should eventually have replaced the famous model 911. However, at the time, lovers of the German brand did not adhere to the particular design Of the 944 proposed by Anatole Lapine which takes again the characteristics of the 924, with a Volkswagen engine. However, the Turbo version proposed from 1985 has allowed the model to draw its attention and attract a few enthusiasts of more sports cars. 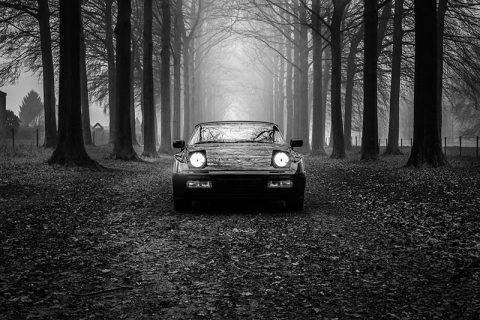 Here is a Photograph of a 944 Porsche taken by Cars and Roses. You can configure this image here: http://www.carsandroses.com/shop/944-porsche-wall-photo/

Moreover, the Porsche 944 Turbo Cup has participated in many car championships around the world and has had some success! Today, some of these cars are still taking part in African 6H races.

The main advantage of this model is that it remains more accessible than the models mentioned above. Indeed, there are 944 turbos cut from 1985 from 27,000 €. The models of 944 turbo S or Cup of 1988 negotiate around them around 40.000 €. This can therefore be a good investment for more modest scholarships.

If you’re a car enthusiast and you’re looking to invest your savings while you’re enjoying yourself, choosing a Porsche model is necessarily sensible.

Indeed, the German brand always has beautiful projects in view and the mythical models like the 911 will always have fans, making it safe investments. 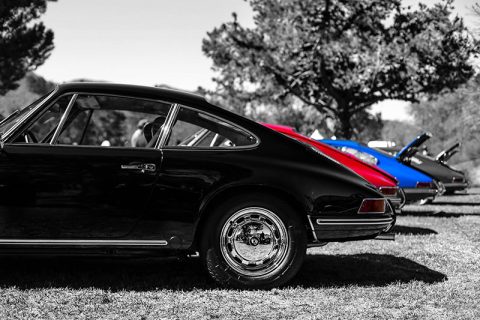 Here is another photograph of a Porsche’s raw. This one is in black and white with a touch of colors. You can configure the image on the online shop: http://www.carsandroses.com/shop/911-porsche-photograph-print/

Tip: When choosing to put your money in a vintage car, it is essential to take a number of provisions in order to preserve its capital. That is why, before making your purchase you will need to have a closed garage to store it away from bad weather for example. Depending on the price of your Porsche, it will also be important to insure it in order to protect your investment. 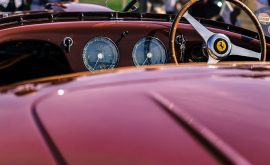 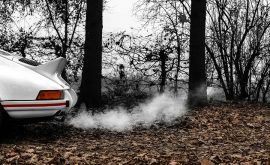 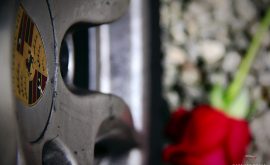